While most of our rig pulls are carried out with the boat in the water Mark, Morgan and Josh unstepped the mast onboard the 41 meter Dubois designed Destination with the boat suspended in the travel lift in the yard. The 51 meter mast came out with no problems but was quite a juggling act to get into the trollies due to so many other boat movements going on in the yard and the lack of space. The rig will be out for a refit during the next few months before the boat heads to the Caribbean in February.

While this was going on Peer was carrying out work onboard the stunning new Baltic 107 Inukshuk to get them ready to leave for the Atlantic crossing that evening. RSB supplied all the running rigging to this boat when she was launched in Finland earlier in the summer. 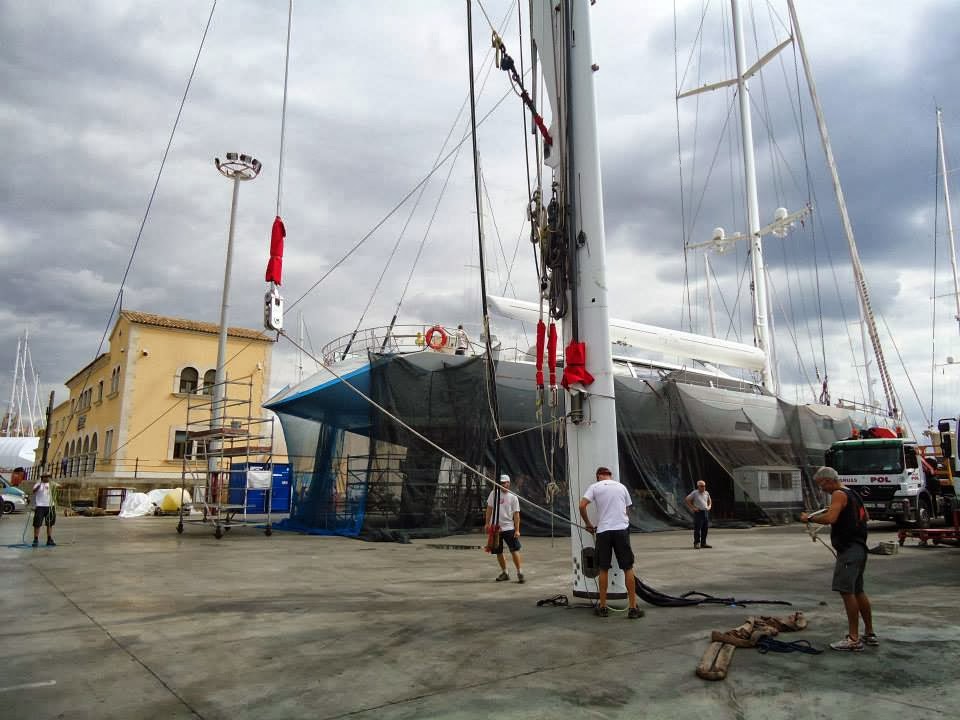 Just as we thought the day was coming to an end we got a request from Pure Yacht Management to remove the 1.5 ton communications mast from the 53 meter Feadship Kisses. A couple of hours later and just as it was getting dark the mast was positioned in the scaffolding and made safe for the night ready for tenting in the morning. Just another day in the life of the busiest rigging company in the Med