With a later start than originally planned we were a little pushed for time for the unstepping operation of both rigs onboard the 54 meter Dubois designed ketch Nirvana.

Once both booms were removed the mizzen mast was connected to the crane and the lift out procedure started. The spartite caused us a little trouble when it stuck in the partners making the normally simple procedure a little more stressful, however with a little extra "grunt" from the crane the rig popped free and was quickly lifted onto the high load scaffold towers. 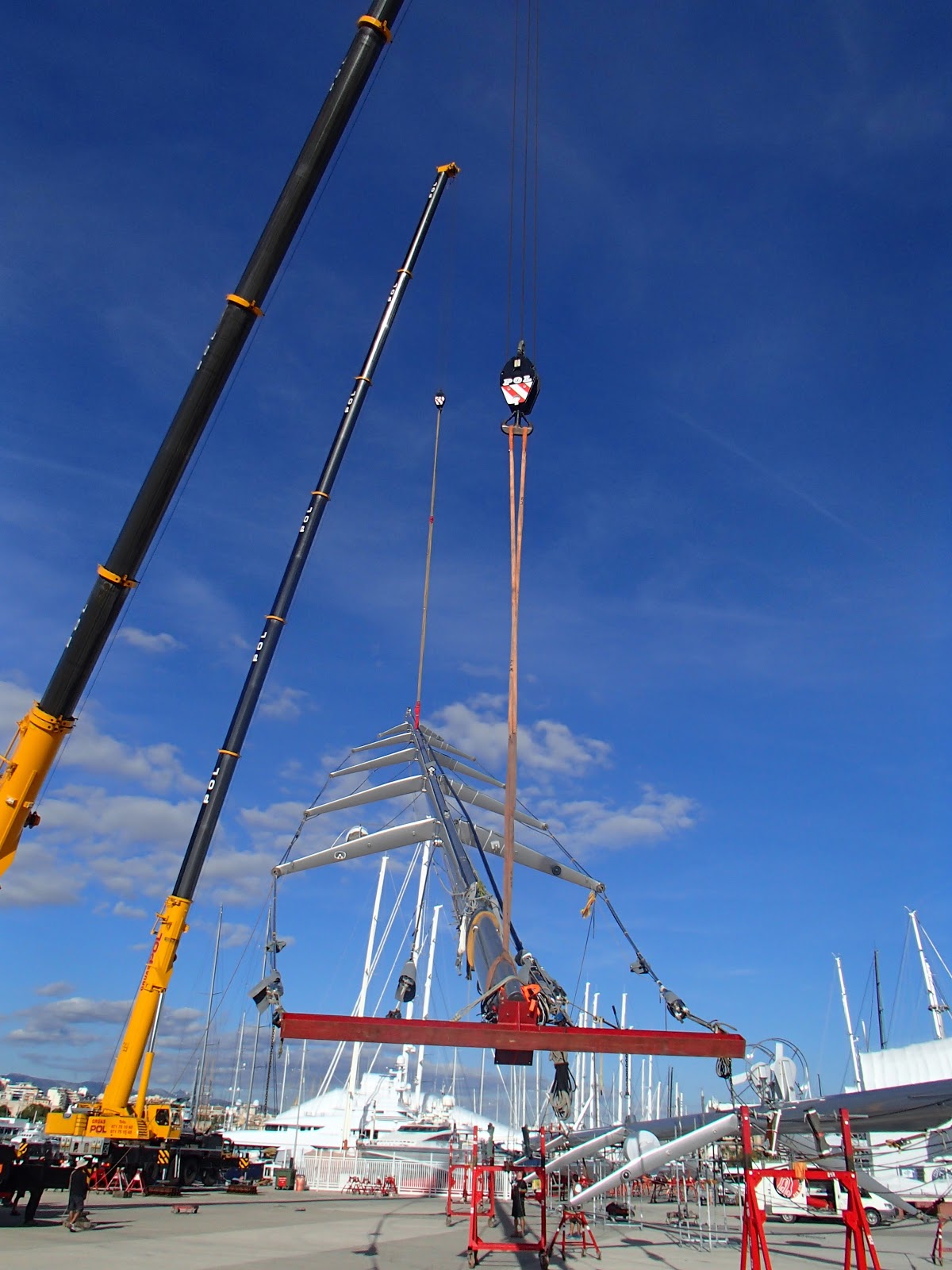 The 70 meter crane boom was then swung back into position over the 13 ton, 63 metre main mast. Andy hooked up the lifting jig and strops and we started the next stage of the operation. This was a little slower as trying to remove the 140kg jacking bar without dropping it on toes or fingers is very tricky and has to be done as the mast is lifted off the step. The rig finally cleared the partners but due to the rising water level we ran out of lift on the crane and couldn't clear the lifelines. After more head scratching the "butt" crane was connected and with some careful maneouvering the rig cleared the top lifeline and was put down on the spreader bar where the V's, D's and forestay were chain blocked tight before the rig was lifted into a horizontal position and placed in the high load trollies.

By 4:30 the forestay was also disconnected and everything was secured and tied down for the night. The guys did a fantastic job and consequently we have a very happy captain who can focus on his upcoming lift out and yard period.