Day one of the 2016 edition of the Loro Piana Caribbean Superyacht Regatta & Rendezvous boasted 21 yachts on the dock competing for the silverware. Conditions could not have been more thrilling for the competing yachts and the many spectator boats that turned out on the race course.

On the first day, in northerly winds of 18 to 22 knots the YCCS Race Committee sent the fleet on a clockwise circumnavigation of ‎Virgin Gorda which brought Classes C and D straight around the island on a 25 mile course while Classes A and B swung out to leave the Isle of Ginger and the rocky Dog Islands to starboard. 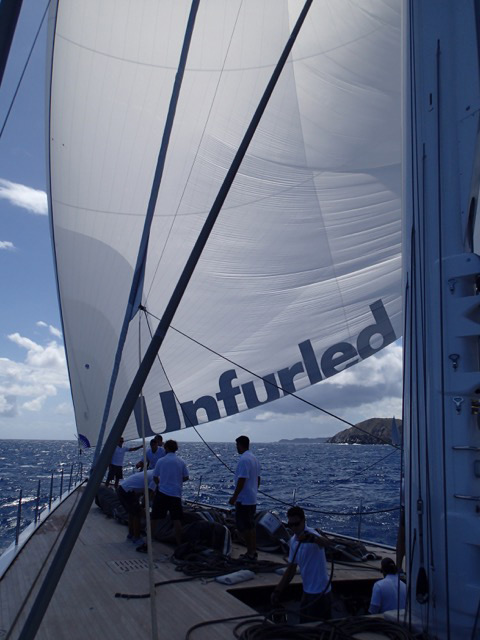 At the conclusion of 4 hours of challenging racing, winners in their respective divisions were the 34m Baltic Yachts S/Y Nilaya (Class A), the 46m Vitters Shipyard built S/Y Unfurled (Class B), the 59m Perini Navi built S/Y Seahawk (Class C) and the 28m Nautors Swan built S/Y Freya (Class D). The 3 days of the regatta brought a roller-coaster of fortune and emotions for RSB Steve and the team sailing on board the recently launched S/Y Unfurled. The BVI’s is always a great place to sail and this regatta has been no exception. As this was the 1st regatta on Unfurled the plan was to start conservatively and not push too hard, but with the talented team of sailors on board and a boat that seems to be fast on all points of sail we quickly realised that we could push the boat and that a result at the end of the regatta was possible.

Race 1 (the first race the boat has ever done) was very special as we came away with a win having sailed through the fleet and taken the lead on the beat to the finish. Race 2 was complete reversal of fortune with gear failure forcing a retirement leaving us licking our wounds, making repairs and watching the fleet finishing. 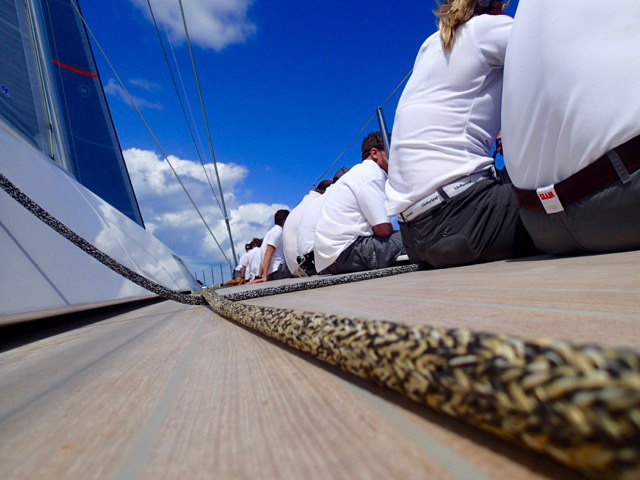 With a total of 9 points, we were equal with Ganesha in 3rd place but we managed to take the overall position as we beat them on the day. Race 3 saw us leave the dock early to check the repairs were okay before the start. This was probably the most exciting race with the last beat culminating in a tacking duel between us and P2 yacht that ended with both boats shooting the finish line head to wind and P2 taking the win by 10 seconds.

We are all looking forward to it. To say that we are very happy with a 3rd overall in the first regatta the boat has done would be an understatement. We now head to St Barths for the Bucket regatta which will be a tough event with a lot more boats and plenty of corners to go round requiring slick crew work and good tactics.

Watch out St Barths! The mighty Unfurled has been unleashed and is ready for battle on the water!