The History of RSB with the Wally Yachts

The History of RSB with the Wally Yachts

Nariida, or as she was first christened Walygator, was the first Wally Yacht and only ketch to be built and her launch marked a turning point in modern yacht design and construction. She was designed by Luca Brenta and was the brainchild of Luca Bassani the founder of Wally Yachts; a company that was born of a passion for performance, a passion for design and a passion for the sea.

RSB Rigging Solutions Steve Branagh first got to know the Wally fleet when he raced onboard the Brenta designed Wally 107, Wally B in 1999 then went on to skipper Nariida in 2000. He has been involved with her in one way or another for the last fourteen years and has also worked with many of the later Wally’s including skippering the Wally 77, J One and the Wally 98, Alexia. He launched Indio (80') and Open Season(94') and has raced and sailed with Tiketitan, Magic Carpet 2, Wally B, Highland Fling I and II, Open Season, Dangerous But Fun and Angels Share. 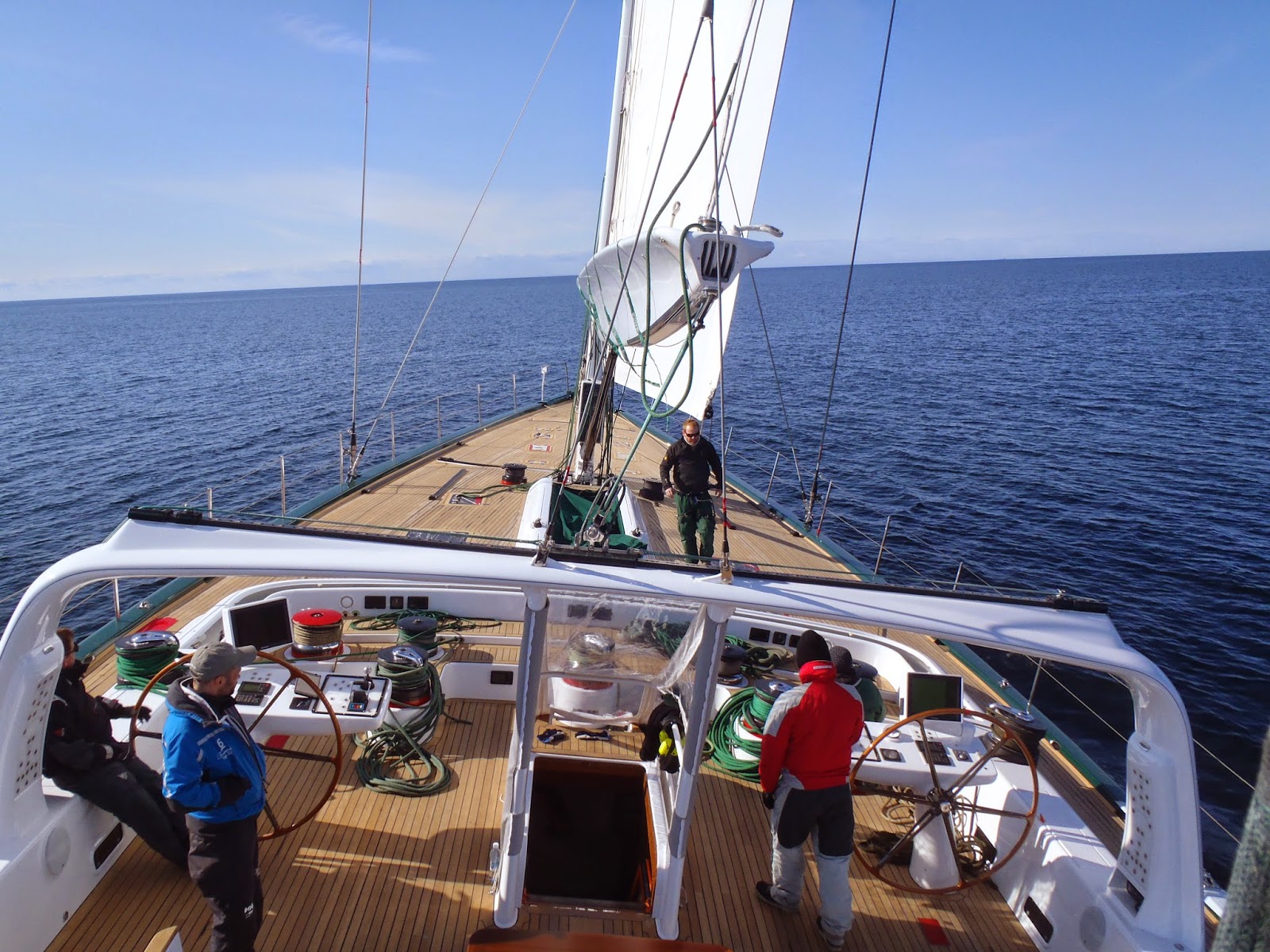 Some of Steve's most memorable racing moments were of Nariida under full main, mizzen, staysail and spinnaker running down "Bomb Alley" in Sardinia in 35+ knots of wind. Steve quotes, 'We had to gybe twice between the islands; it was a real high pressure situation with no room for crew errors. We completed both gybes with the boat speed not dropping below 20 knots throughout the manoeuvres. You don’t get to do this very often on a boat this size and the crew on the boat with the owner helming did an amazing job in keeping the boat upright and screaming down the channel. As the captain at the time it was a “full pucker” moment for me!'

Other great moments included sailing Nariida down the Portuguese coast and surfing at 27 knots, which as Steve says, 'is not bad for a 100 foot cruising boat.' 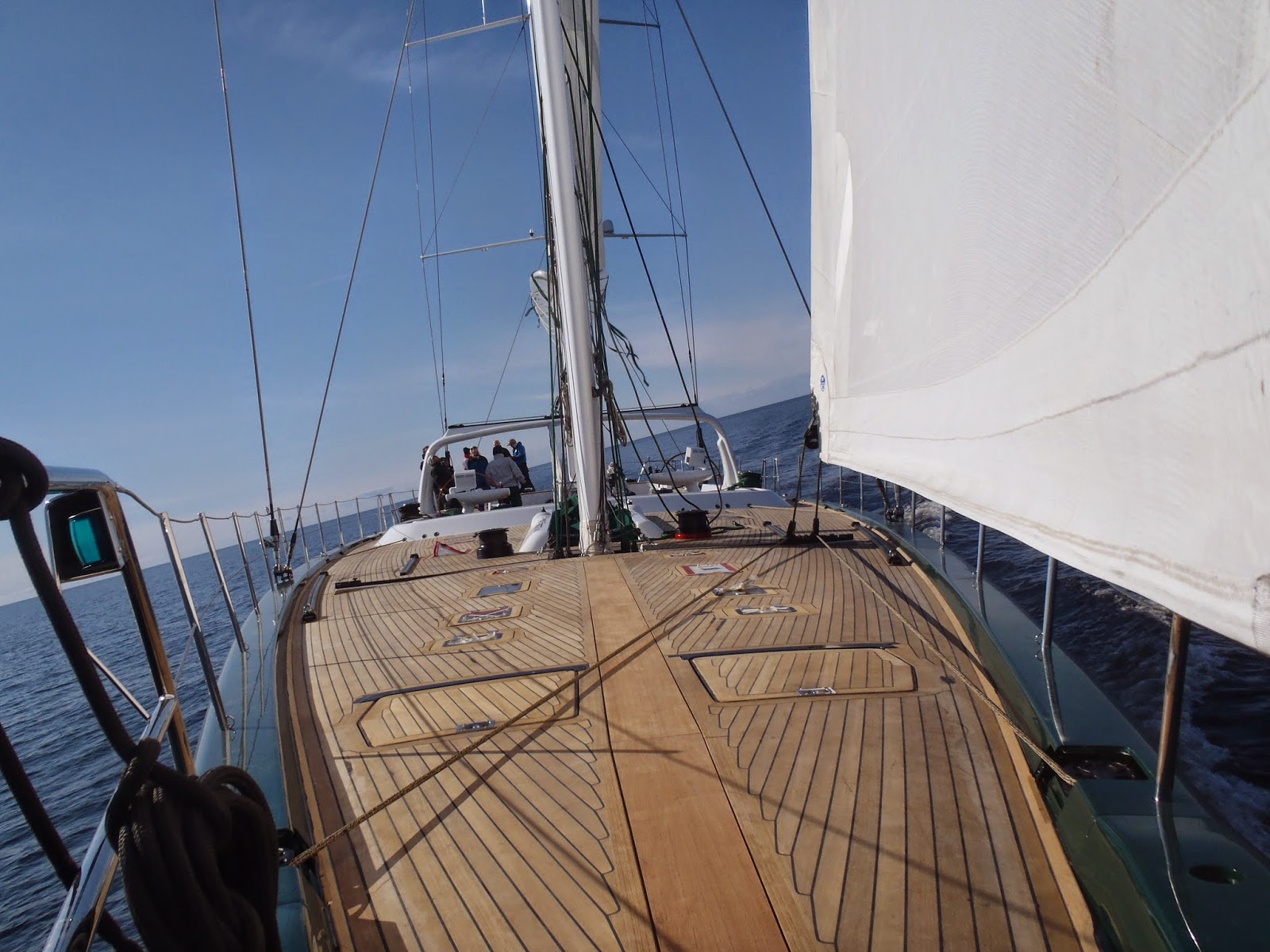 They also set the Monaco to St Tropez record in a howling Easterly with huge seas, completing the course in exactly 3 hours with a full wipe out in the middle, where luckily the spinnaker blew apart, allowing the boat to come upright again. They flooded the instrument panel, blew up the navigation instruments and finished the race with a paper chart and hand bearing compass! Yet another “pucker” moment was sailing at speed into the finish line off the harbour in big seas with 40+ knots of wind and zero visibility due to the driving rain. Nariida still holds the record today, the last boat to go for the record literally sailed up the beach in Frejus, and ended up with their mast stopping traffic as it was lying across the road! So… Nariida turns twenty this year and after a fantastic refit up at Baltic Yachts in Finland, is looking beautiful for her anniversary. She sailed back down to Palma de Mallorca at the end of the summer and is now surrounded by friends and one could say family, as that is how it feels. 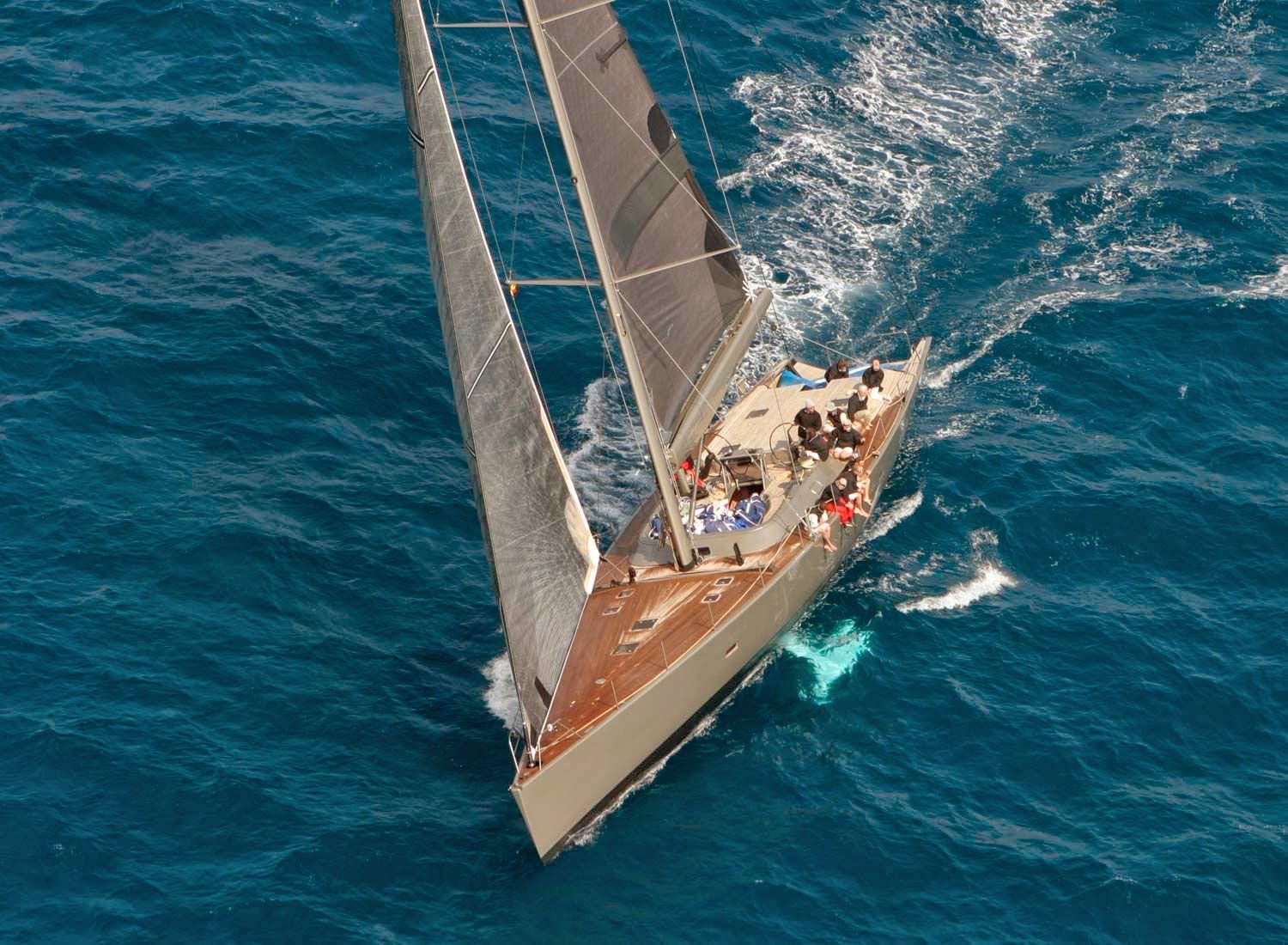 Steve looks back over the last twenty years and sees Luca Bassani as a visionary who turned the whole cruising boat market upside down when he came out with the Wally concept. 'Sailing these big boats became a lot more fun once his ideas caught on and people realised you could build large sail boats out of carbon and sail them hard and fast.'