Last week the annual Maxi Worlds regatta was held in Porto Cervo, Sardinia. An exceptional regatta was raced by all, with incredibly high standards to live up to from the get go.

There were five types of yacht racing in the regatta including the Mini Maxi World Championship class crowed a new champion with Alegre taking the title. RSB founder Steve Branagh competed in the Maxi Class on Highland Fling and RSB Operations Manager, Russ Brown, competed in the Wally's on J One. The first day saw a delay due to winds topping 30 knots.

‘Day 1 started with a 2hr postponement due to winds in excess of 30 knots. When racing finally got under way the course took the fleet up through “bomb alley” and around the outside of the islands back to the finish off Porto Cervo. On Highland Fling we had anything from 7 knots to 16 knots giving the crew plenty to do with the various manoeuvres and sail changes. Even though we had a few sail handling issues during the race we were pretty happy to finish day 1 with a first place.’

The first races were a rip roaring success for both our RSB boys with both of their teams going into lay day leading their classes. Russ Brown says 'J One are leading the wally class by 1 point going into the Lay day with strong set of results but have Magic Carpet and Y3K are chasing hard. It will be a tough 2 days (3 races) for J one to hang on and take the overall win. The J One crew are confident the win is well within their grasp having sailed a very long and extremely complicated race yesterday, being forced above the committee boat at the start and joining the race right at the back of the fleet. They then hung on to the fleet and slowly clawed back positions eventually claiming a second only 7 seconds ahead of Y3K.'

The final day started with dramatic showdowns set up for the final races at the 2014 Maxi Yacht Rolex Cup in three classes, one of which was the Wally Class. Y3K were tied on points with defending champion Jean-Charles Decaux and his J One crew, and just one point behind sat Magic Carpet 3….The ending result being that J One were just pipped at the post by Magic Carpet Cubed, beating Y3K, four times champion, and J One, defending champions! Exciting regatta raced by all competitors.

Even better than this was the Highland Fling result as Steve went on to claim yet another 2014 regatta win with the Highland Fling crew, he says: 'Its been a great week for racing in Sardinia, on Highland Fling we’ve had a few sail issues that have cost us a little time on the water but predominantly we have sailed the boat well and have taken four 1st’s so far. The weather has been great with wind throughout the week allowing the race committee to get the races off each day. Today is the last race and with a 10 to 14 knot forecast we can look forward to another good day sailing around the stunning Sardinian coast line.'

Congratulations everyone… and Steve. That's 4 out of 5 wins for the 2014 regattas! Contact RSB on info@rsb-rigging.com 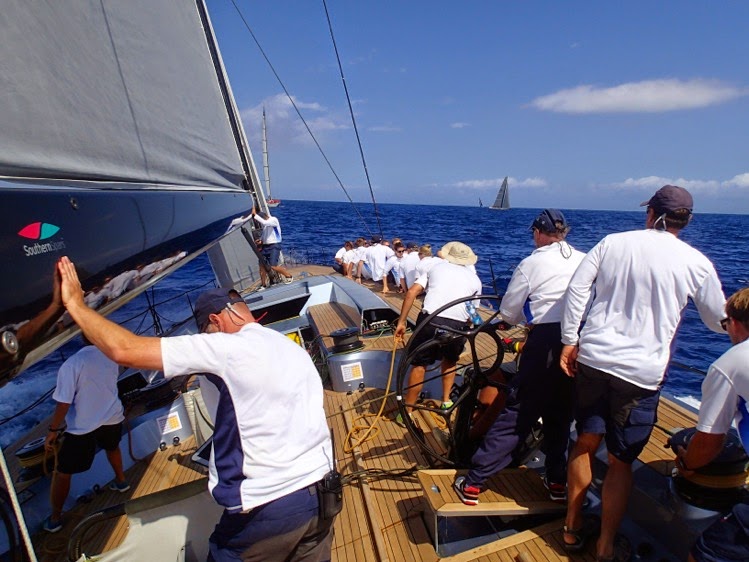 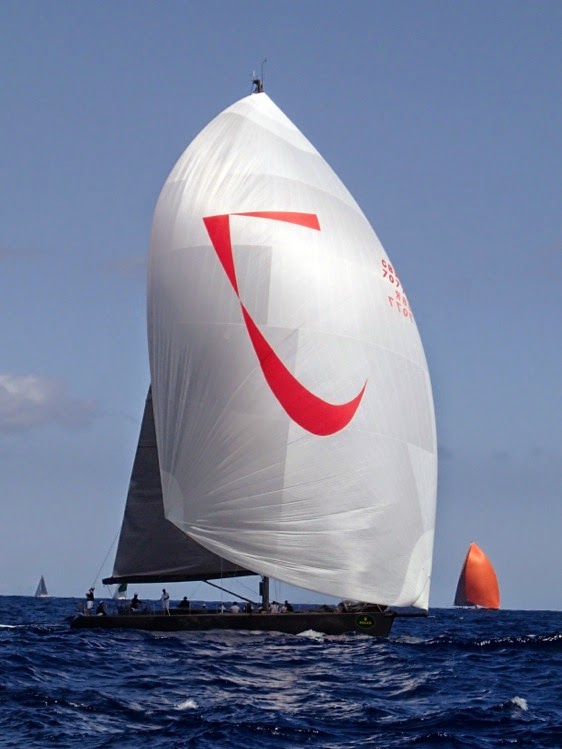 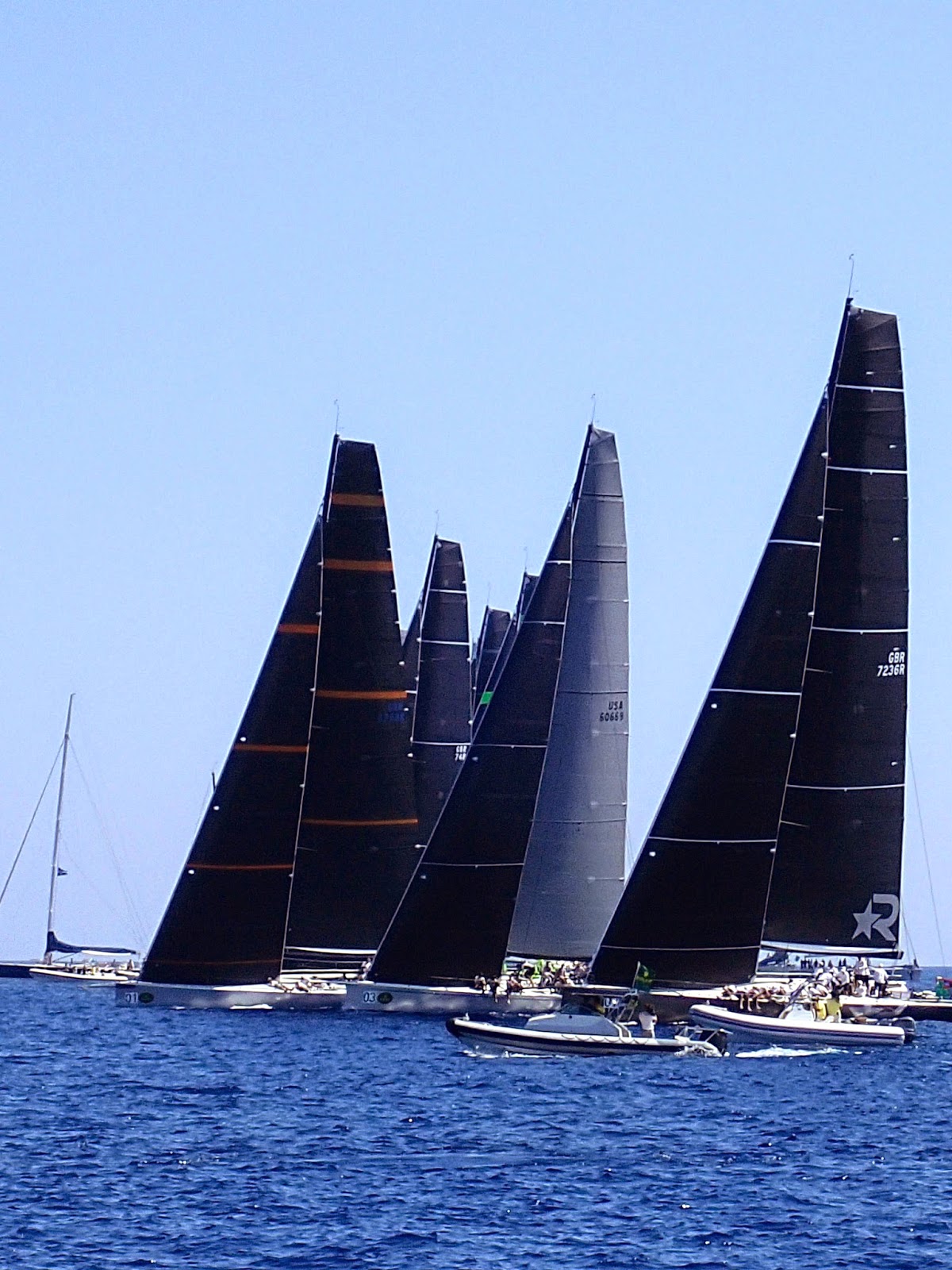 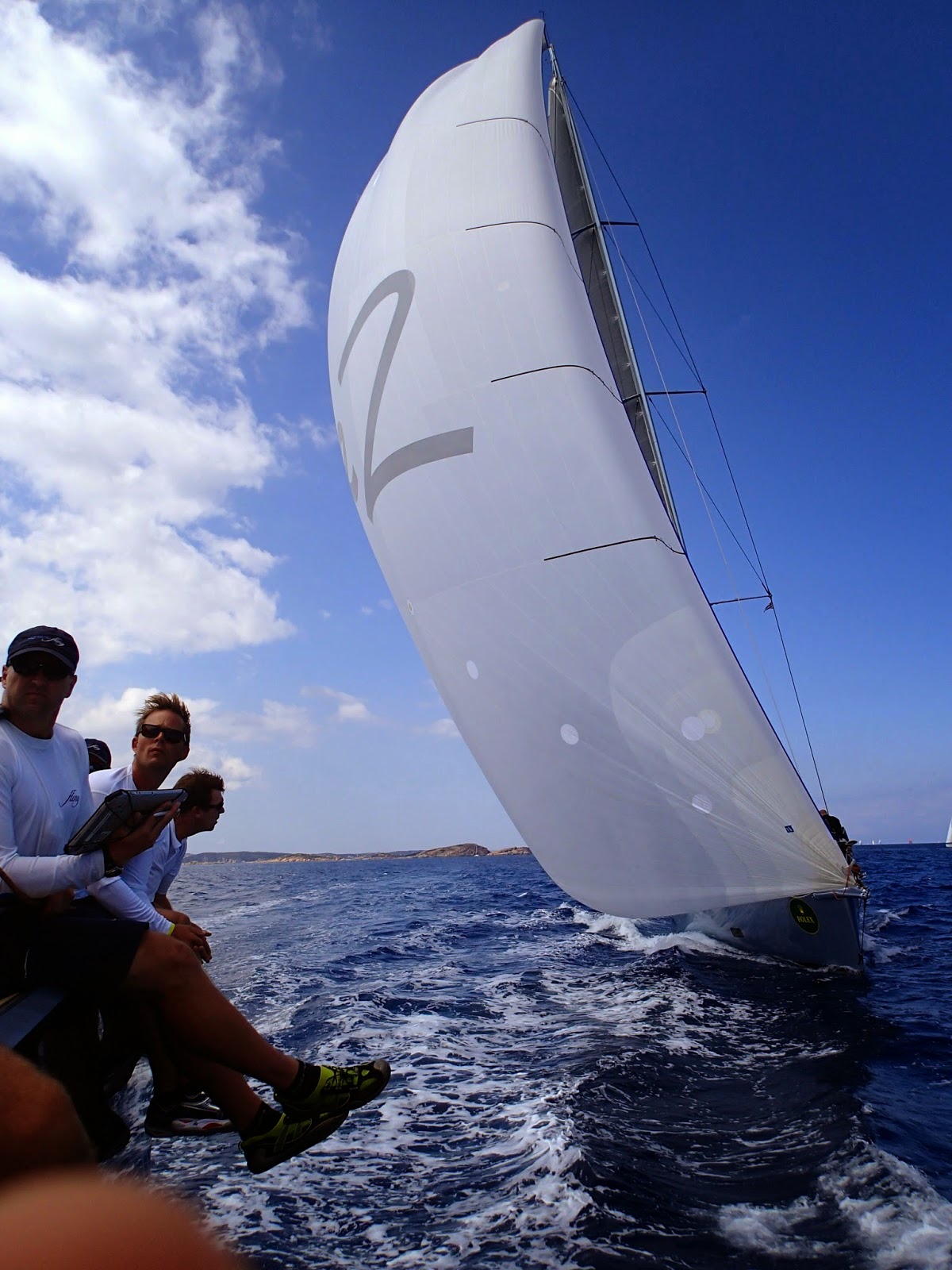