RSB Ramps up Nearing the End of the Winter Yard Period

RSB Ramps up Nearing the End of the Winter Yard Period

It’s nearing the end of the winter yard period and we are now gearing up for the summer months. Boats that have been in refit mode are now being re-commissioned and sea trialed ready for the start of the Mediterranean season.

RSB Rigging Solutions have been busy over the last month inspecting, un-stepping, re-stepping, building foils, undressing, re-dressing, splicing running rigging and tuning masts as winter projects come to an end and the mad rush to get boats in the water begins. 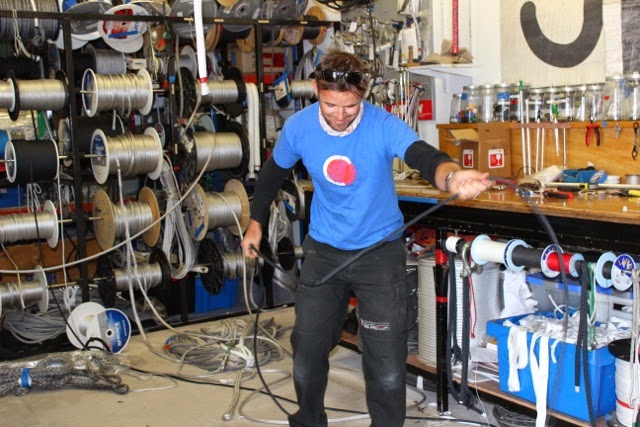 In the last two weeks RSB have prepared, stepped and tuned the 41m Alloy Yacht Destination, the 30m Wally sloop Alexia, the 52m ketch SY Mondango and the J-class yacht Ranger. The team has also carried out full rig inspections and reports for various yachts including Vela Carina, Liara, Cyclos, Valquest and Iduna as well as carrying out routine maintenance projects onboard these vessels.

Having just completed the delivery trip from Hawaii the 56m Perini ketch Asahi arrived into Palma over the weekend. The planning and preparation for the un-stepping of the masts in 10 days time has also begun with a team led by Peer starting to take all the necessary measurements and begin mousing out the various halyards and lines. RSB will be posting information and photos of the un-stepping of the 65m 22 Ton main mast and mizzen once the operation gets under way. 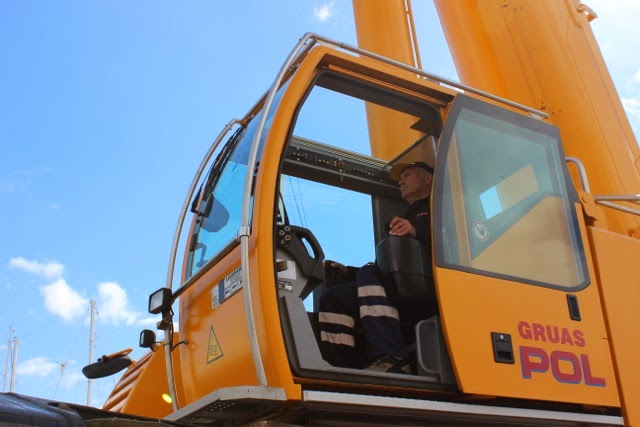 In the splicing workshop the team has also been flat out on the Mondango project working on the production of new lifelines, building mooring lines with leathered eyes, installing the new running rigging and the splicing of new fender and crane lines. They have also been refinishing and leathering the mooring lines on the 56m Feadship MY Kisses, the Dixon designed sloop SY Liara and have just finished a set of mooring lines, snubber lines and an outhaul for SY Calimar.

MD Steve Branagh who has just arrived back from the St Barths Bucket regatta where he sailed on the Huisman built sloop Unfurled states: 'The St Barths regatta was a huge success this year with incredibly tight racing giving the closest set of results ever. With 20 boats all having the possibility of winning the regatta on the last day it shows that the work carried out by the Super Yacht Racing Association in conjunction with the rating committee is giving the boats fairer ratings and closer racing.' 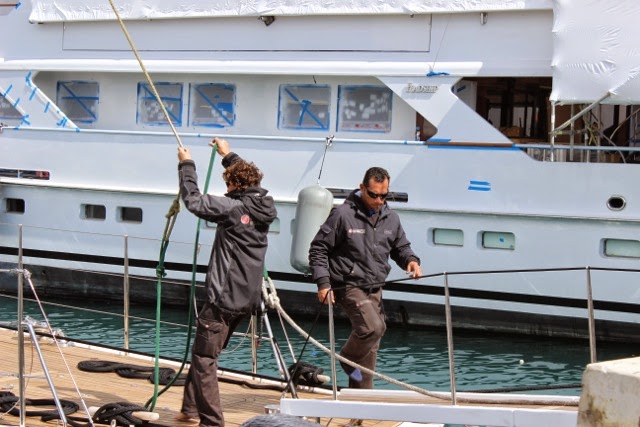 'Everyone is now looking forward to the Boat international regatta in Sardinia and the Super Yacht Cup in Palma in June. As a Super Yacht Cup sponsor RSB will be present in the race village and many of our guys will be sailing on various boats during the regatta. It’s been a tough few weeks for both the girls in the office and the guys in the yard, we have so many different projects nearing completion that all require attention and that are all time critical.'

'Yet again it’s thanks to a really strong and dedicated team which has kept these projects on target and kept the captains and crews happy. We are now looking forward to the start of the summer season and seeing all the boats and crews arriving back into Palma from the Caribbean, we wish everyone an easy and safe passage back across the Atlantic.'