While Steve and Lucy were in Monaco at the boat show the RSB team had yet another hectic week starting with the hanging of Timoneer’s masts and booms, the redressing of the Bristolian mast and the preparation of the Mondango masts and booms for unstepping.

As the main mast on Mondango is 63 meters long and weighs in at 14 tons we use the biggest crane on the island to lift it out and swing it into the yard before putting it into the high load trollies. 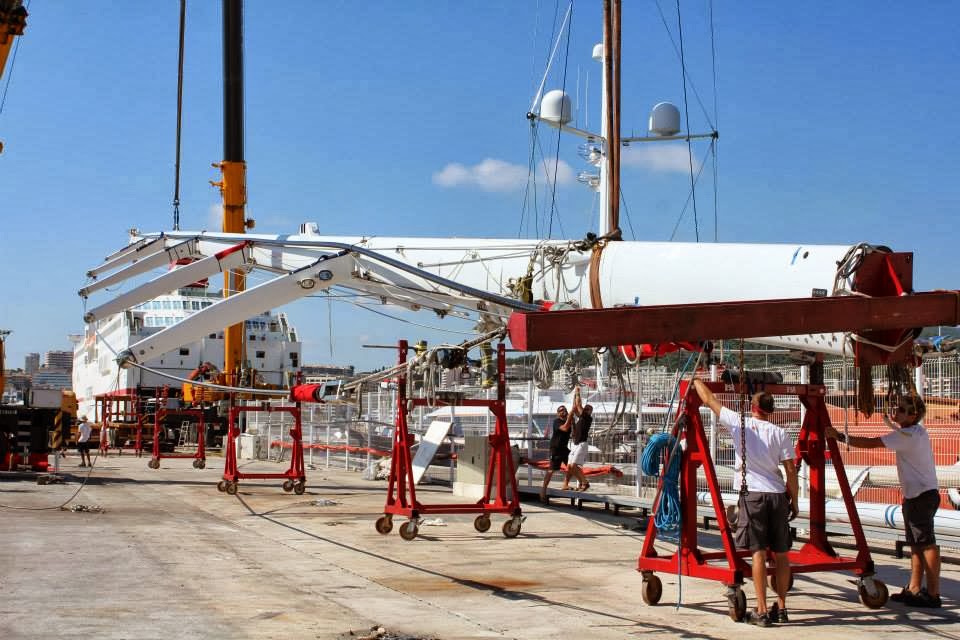 The lift went without hitch and both rigs came out with no fuss and were moved into the yard where they will be dismantled and servicing work began. Alan has had all the running rigging in the splicing shop to be measured as we will also be building a full replacement set of rope for the boat over winter. The forestay and furler unit were removed the day before to reduce weight, making the rig almost 1 ton lighter.

The following day as the Mondango rig undressing procedure was started the 42meter Southern Spars built mast was re-stepped onboard the Briand designed sloop Bristolian. Once again the guys got the rig re-stepped with no issues and were able to end friday afternoon with a few beers.